The news is by your side.

FORBES.COM/ STUNNING INSIDER BEACHES FOR WHEN YOU CAN TRAVEL TO ITALY AGAIN 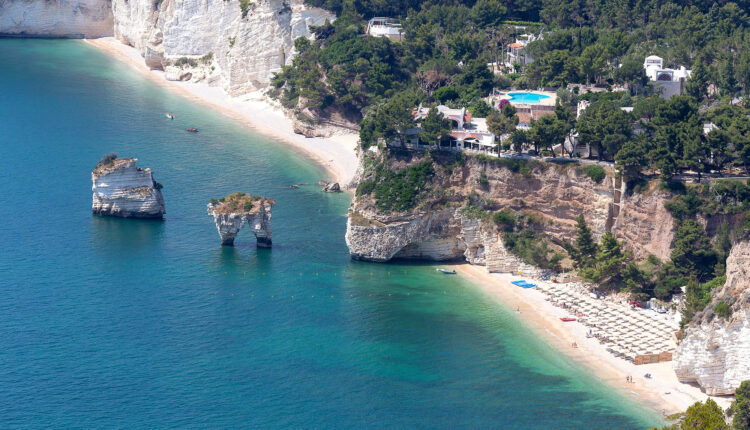 Although a range of pandemic travel restrictions and requirements remain in place for Italy (also check the U.S. Embassy in Rome website), and the CDC advises against travel at present, planning for that much anticipated trip back is one way to sate bouts of wanderlust.

Dreaming about a visit to the Italian seaside for “whenever”? In addition to the country’s all-star havens like Positano and Portofino, consider the insider destinations below. While some have long attracted an international clientele, others are relatively unknown beyond Italy’s borders. All are located along stunning bays or gulfs tucked into the country’s alluring coastline.

These often curving stretches of beach present a variety of seaside settings as well as the chance to experience an authentic or rustic take on the dolce vita. Here, travel pros give their insights into a selection of idyllic spots in Puglia, Sicily and Calabria.

Puglia has become a hot destination in recent years, luring travelers with its rich cultural history and traditions, local foods and spectacular coastline. Some areas draw a far-flung roster of visitors; others, like the seaside spots on the Manfredonia gulf, remain favorites of Italian and European sun-seekers.

The beaches: Puglia’s long shoreline offers many striking seascapes, and the Manfredonia gulf contains a number of outstanding ones. Gino Fusco of Pugliapromozione, the region’s official tourism board, suggests heading to the Baia delle Zagare, ”one of the most picturesque Italian beaches,” noted for its stunning limestone cliffs and faraglioni, or sea stacks, reminiscent of Capri. Other stunners that Fusco recommends are Vignanotica, also with a dramatic backdrop, and the Baia dei Gabbiani, “a beautiful bay surrounded by cliffs and grottoes, reachable only by boat.” Farther up the coast he cites Baia di Campi, “a wild, pebble beach with caves and an island in front of it.” Easy to reach from the resort townof Vieste is the family-friendly Castello Scialara beach. The long Margherita di Savoia beach on the gulf’s southern coast is also good for children, says Fusco.

You’ll find both private lidos (beach clubs) and public beaches here. Popular ones include the Lido Beach Cristalda and the lido at Pelikano Beach (both in Vieste), and the Baia dei Mergoli in Mattinata, according to Enza Sgaramella of Turisti in Puglia. And there are plenty of seaside resorts to choose from, among them the Pizzomunno Vieste Palace Hotel in Vieste; the Hotel Baia dei Faraglioni, Hotel Baia delle Zagare and the Locanda del Carrubo, all in or near Mattinata, says Sgaramella.

The towns to visit: Gino Fusco describes the town of Vieste, founded by ancient Greece, as among the most beautiful in the area. In addition to the cultural attractions, like the “marvelous Romanesque-Apulian style cathedral,” there are 44 kilometers of beaches, says Fusco. At the other end of the gulf Fusco recommends, Santa Margherita di Savoia, a “favorite for bird watchers” and famous for its salt marshes where pink flamingoes gather. Fusco also says to visit the Monte Sant’Angelo area, with two UNESCO World Heritage Sites—the St. Michael the Archangel Sanctuary and the Gargano National Park.